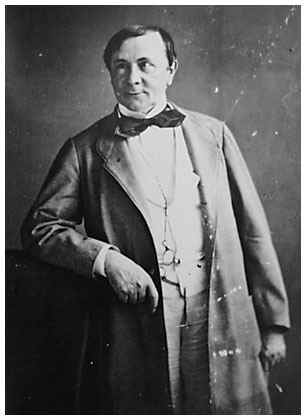 As I did a bit of digging into Emile de Girardin, French journalist, publicist and politician, I quickly found out that there are few other quotes he is more known for than the one we talked about in last week’s post.

Here it is again (with slightly different language) in case you don’t remember:

The power of words is immense. A well-chosen word has often sufficed to stop a flying army, to change defeat into victory and to save an empire.

The only other quote I could find associated with Emile was this one:

Good taste is the modesty of the mind; that is why it cannot be either imitated or acquired.

But this isn’t terribly relevant to the discussion at hand.

In any case, the fact that his father was General Alexander de Girardin helps us to make a little more sense of his quote, which has to do with armies, battles, and empires.

And while John Maxwell’s point on the power of words may very well be valid, I have to wonder whether or not there is any connection between the point that Maxwell was trying to make, and the quote that we’re now examining.

Since Emile was a journalist, it only seems natural that he would think of words as being “powerful.” No writer wants his or her prose to fall on deaf ears.

If you’re commanding an army, words matter. If you’re writing an article, words matter. In both scenarios, you are doing your best to be as clear as you can possibly be in your communication.

But what about the impact the words can have on water? It’s hard to make any hard and fast connections, so there is clearly more searching to do.

Our monthly gatherings are held at: